Abolition has long history of targeting a number of repressive and exploitive institutions and practices such as slavery and the death penalty Chartrand & Piche 2019). Today, abolition has expanded to many spaces of dispossession and violence from border control (Bhandar, 2008), carceral violence (Chartrand, 2015), community control (Chapman, Carey & Ben-Moshe, 2014), and prison to school channel (Meiners and Winn). Within these conceptions, abolition advances varying anti-violence, anti-racist, and anti-heteropatriarchy platforms (see Coyle and Schept, 2017 inter alia). While much of the abolition scholarship from an anti-colonial framework has emerged from the U.S. (e.g. Davis, 1998; Rodriguez, 2019; Saleh-Hannah, 2017) it is only a growing area in Canada (e.g. Piche, Carrier & Walby; Dobchuk-Land, 2017; Palacios, 2016).

Abolition is linked to the various noted approaches by also considering how colonial structures and logics are linked to carceral violence and control and how these continue to be reproduced throughout current criminal justice arrangements. As Palacios (2016) notes, the various forms of carceral control to which Black and Indigenous women are contained, such as rape, reproductive control strategies and ‘domestic’ violence, are integral to the forms of control they have been subject to throughout colonial history. historically. Abolition, along with other integral anti-racist, anti-heteropatriarchal, anti-colonial, and anti-violence approaches are key to dismantling historic, current, and oncoming carceral controls.

By exposing the pervasive and fluid character of the carceral, abolition seeks to challenge the habituated and normalized violence of control, and offer different possibilities for thinking about justices; ones that addresses a long standing and pervasive system of racism, white supremacy, patriarchy and the many other facets of domination and privilege.

The Centre for Justice Exchange 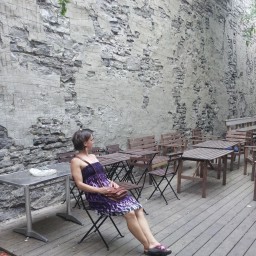 Vicki Chartrand is an Associate Professor at Bishop's University.